I am presently appointed as senior lecturer in, School of Business Management and Finance, and the Head of Department of Accounting and Finance. In terms of qualifications, I hold a BSc (Hons) in Economics at the University of Mauritius (from 1998 to 2001) and an MSc in Economics and Development Economics (with Merit) from 2001 to 2002 under scholarship at the University of Nottingham (UK). My work experience includes Education Officer at the Loretto College of Curepipe from June to July 2003. In August 2003, I joined the Ministry of Finance and Economic Development as Economist in a substantive capacity up to December 2004, after which I joined the University of Technology Mauritius (UTM) as Assistant Lecturer/Lecturer in January 2005. Moreover, in 2006 I enrolled for an MPhil/PhD doctoral degree at the UTM under the supervision of Professor Oliver Morrissey (University of Nottingham) and was awarded Doctor of Philosophy in 2014 in the field of International Business Economics. I was promoted to Senior Lecturer in 2013 and appointed, for the first time, Head for the Department of Accounting Finance and Economics from 2013 to 2016 at the University. In march 2021, I was re-appointed as Head of Department for another period of two years. Over the past 17 years at the University of Technology Mauritius, I have always worked with dedication to uphold the image and reputation of the department, school, and university. On several occasion, I have served in national and international level committees, seminars, workshops and conferences. I have also contributed to other reputed institutions including, University of Mauritius, Open University of Mauritius, Amity University (Mauritius), Tertiary Education Commission (now Higher Education Commission), Mauritius Research and Innovation Council, Mauritius Qualification Authority, Bank of Mauritius, the COMESA Secretariat, Chinese Embassy, UNCTAD, Mauritius Trade Union Congress (MTUC), amongst others. I have received commendable remarks and letter of appreciation from many institutions for my professional engagement and contributions. I have authored and co-authored over 20 internationally refereed publications including book chapters, academic journal articles, and conference papers. I am also a member of the Editorial Board of the Journal of Indian Ocean Rim Studies (JIORS) since 2018.
Dr Bhissum NOWBUTSING
Head of Department (DAFE)

Department of Accounting, Finance and Economics

The Department of Accounting, Finance and Economics has developed, serviced and enriched a range of comprehensive undergraduate and postgraduate academic programmes over the past two decades or so. Programmes which are in high demand fall in the areas of Accounting, Banking, Finance, Public Finance, and Procurement. The department offers two streams for MBA in areas of finance and investment and financial risk management which are open for students’ enrolment on an alternative basis.  In addition, application for doctoral studies are welcomed in broad areas of accounting, finance, economics, public procurement, and public finance. The department works in close collaboration with professional bodies such as the Institute of Chartered Accountant England and Wales, Association of Chartered Certified Accountants for accreditation of academic programme. Furthermore, the department share collaborative support with the Ministry of Finance and Economic Development and the Public Procurement Office in the running of short-courses and executive courses in fields of public finance and public procurement, respectively. To ensure quality and standard of programmes the department relies on a pool of NINE full-time faculties, several local industry specialists and professionals, and other external faculties. The academic programmes are constantly reviewed at an interval of 4-5 years to ensure that emerging and contemporary issues are reflected in the curriculum of existing modules as well as new modules are added based on what is required in the world of work. Also, students are exposed to community learning and engagement (as per the CLEn initiative) as well as work experience is made available to full time learners through job placement in organisations for a minimum of 3 months. At the DAFE we do our level best to meet the demands and expectations of our students, business community, and public bodies. Certificate in Food Science and Biosecurity

Certificate in Food Science and Biosecurity BA(Hons) Art and Design (Top Up) Collaborative Programme with FDI

BA(Hons) Art and Design (Top Up) Collaborative Programme with FDI

Beginner
Get Enrolled
Add to wishlist Programme Information In this digital and increasingly automated era, much …

1500 hours
Get Enrolled
Add to wishlist 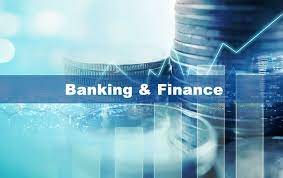 The reviewd MSc Banking and Finance has been designed to …

To develop an understanding of the banking operations and environment, their place in the economy, and the structure and behaviour of banks and other financial institutions in the market.
To analyse a variety of perspectives on how banks and financial markets operate, grounded in economic and financial theory and practice.
To apply a wide variety of analytical techniques for finance and understand some of the models techniques used in financial markets
To develop expertise in the relevant empirical skills to undertake analysis of problems encountered in real-life situations.
Get Enrolled
Add to wishlist Learn the latest in-depth knowledge and insights, plus the right …

Expand their knowledge of financial modelling and investment decisions.
Employ advanced analytical tools and quantitative techniques relevant to the financial world.
Demonstrate proficiency in the analysis and interpretation of a wide range of data.
Synthesize knowledge from across a range of business disciplines, and apply it to the analysis of complex investment issues.
Demonstrate key personal and inter-personal skills for effective management and implementation of solutions in organizations.
Get Enrolled
Add to wishlist Effective risk management is increasingly becoming recognized as a necessary …

Demonstrate key personal and inter-personal skills for effective management and implementation of solutions in organisations.
Show critical understanding of the significance of recent advances and theoretical developments in business, in financial risk management and their strategic implications.
Understand the concepts and contexts of risk, uncertainty and hedging.
Develop skills and methods for identifying risk signals and communicate these to stakeholders.
Develop specific knowledge and skills in risk management.
Critically evaluate and utilise new and established risk management tools in national and international contexts and measure the effectiveness of risk policy implementation.
Get Enrolled
Add to wishlist